Contributions in Marine Science (formerly Publications of the Institute of Marine Science)
JavaScript is disabled for your browser. Some features of this site may not work without it. 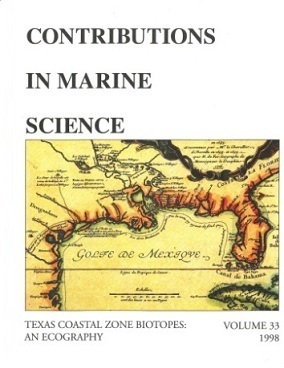 The University of Texas Marine Science Institute has been in the forefront of research, education, and outreach in the Texas Coastal zone for over 60 years. Its first director and a professor of zoology, Dr. E. J. Lund established the scientific journal, Publications of the Institute of Marine Science, now known as Contributions in Marine Science. Its first volume began in 1945 with Lund as editor. Current issues include reviews and monographs of basic or regional importance in marine science, with emphasis on the Gulf of Mexico and surrounding areas.