Harriet Tubman Literary Circle (HTLC)
JavaScript is disabled for your browser. Some features of this site may not work without it. 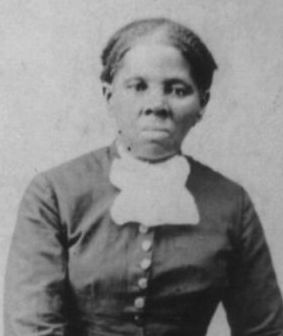 The Harriet Tubman Literary Circle (HTLC) takes its name from the antebellum woman who “stole herself” to become an abolitionist leading blacks to freedom through the “underground railroad”—a clandestine network of communication and transit from sites of captivity to legally free states; during the US civil war, Harriet Tubman also fought for the north as a Union spy.

In service to historical and contemporary underground railroads, this educational clearing house and advocacy project creates and promotes online archives of information, art, narratives and maps that support the expansion of sustainable communities and anti-violence initiatives. Referencing historical and contemporary routes of people seeking independence from structural violence, exploitation and exclusion embedded in democracies, the HTLC functions as a digital repository. This gathering site for research, information, dialogue and engagement promoting social, political and personal transformations seeks to confront violence with an online multi-lingual dialogue that crosses borders as well as cultural, ethnic/racial, economic and gendered boundaries to further social justice organizing.

HTLC emphasizes the perspectives and complexities of the lives of women and girls confronting racial, economic, gender/sexual discrimination. Central to our work is incarceration and disenfranchisement. Globally, black women/girls and undocumented women/girls experience similar patterns of oppression based on racism, sexism, homophobia, and economic exploitation. A matrix of violence shapes common experiences that manifest in global penitentiary systems and underground economies. Racially stigmatized women/girls—and this is particularly true in democracies for blacks—are disproportionately represented in state prison systems throughout the world. This disproportionality, based on sentencing bias and poverty, is inherently a health issue. Morbidity, mental illness and social death are most apparent in penal systems and underground economies. (The United States, for example, has the largest population of incarcerated people in the industrialized world; with over two million in its prisons, jails and detention centers, seventy percent are African American, Latino, and Native American, and black females constitute the fastest growing segment.)

The HTLC provides research and technical assistance as well as virtual and material communal facilities to organizations and individuals seeking social justice and stable communities. Focusing on disenfranchised communities with limited access to digital technologies, our work includes but is not restricted to: the elderly, wards of the state (from foster care to incarceration), women and children of color, immigrants, LGBT and impoverished communities, and the incarcerated.

Sub-communities within this community

Collections in this community