"Juntos pero no revueltos" : the influence of the social stratification system on urban densification patterns in Bogotá, Colombia 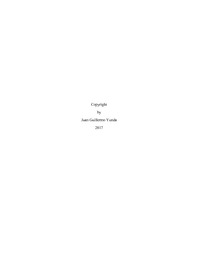 From the 1950s to the 1970s, Bogotá, Colombia was one of the fastest growing cities in the world. During this period, the city became characterized by extreme social and geographic polarization between rural migrants and urban elites. This polarization was caused by a lack of development control as well as planning policies that encouraged social and spatial segregation. Social elites primarily lived in suburban neighborhoods in the north of Bogotá, which were well served by municipal infrastructure and enjoying easy access to services and employment opportunities. Low-skilled rural migrants settled in informal neighborhoods in the south that had poor municipal services and were close to environmentally polluted areas and far from the central business districts. Faced with the prospect of continuing, ungovernable urban sprawl led by both the formal and informal sector, in 1979 the city implemented a set of growth control and densification policies. However, thirty-five years later these policies have failed to halt or reverse the uneven development of the city. I argue that the unintended outcomes of the growth management policies are largely due to private sector interests and actions, which in turn vi are influenced by social equity policies. To demonstrate this, I correlated the recent densification projects with the so-called Stratification system. This system separates the city into six levels based on built form characteristics to identify groups with different income levels, providing a proxy for the analysis of socio-spatial segregation patterns. In addition, I explored the behaviors and attitudes of urban development agents through interviews and analysis of planning documents. I found that there is a statistically significant correlation between the Stratification zones and the densification patterns shaped, in part, by the influence of the private sector over local land-use and density regulations. This influence of developers has led to a transformation of the built form that is distinguished by uneven density levels, access to services and employment, and concentrations of poverty. Because of this complex articulation of planning and social policies with private sector interests and actions, Bogotá’s low income residents are experiencing unpredictable patterns of disinvestment, overcrowding, revitalization or dislocation in their neighborhoods.