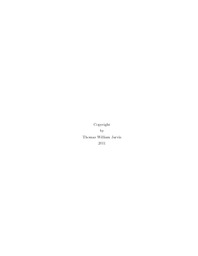 Exciton dynamics in semiconductor nanostructures are dominated by the effects of many-body physics. The application of coherent spectroscopic tools, such as two-dimensional Fourier transform spectroscopy (2dFTS), to the study of these systems can reveal signatures of these effects, and in combination with sophisticated theoretical modeling, can lead to more complete understanding of the behaviour of these systems. 2dFTS has previously been applied to the study of GaAs quantum well samples. In this thesis, we outline a precis of the technique before describing our own experiments using 2dFTS in a partially collinear geometry. This geometry has previously been used to study chemical systems, but we believe these experiments to be the first such performed on semiconductor samples. We extend this technique to a reflection mode 2dFTS experiment, which we believe to be the first such measurement. In order to extend the techniques of coherent spectroscopy to structured systems, we construct an experimental apparatus that permits us to control the beam geometry used to perform four-wave mixing reflection measurements. To isolate extremely weak signals from intense background fields, we extend a conventional lock-in detection scheme to one that treats the optical fields exciting the sample on an unequal footing. To the best of our knowledge, these measurements represent a novel spectroscopic tool that has not previously been described.