Analysis of a novel thermoelectric generator in the built environment 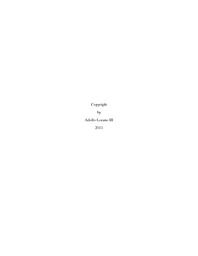 This study centered on a novel thermoelectric generator (TEG) integrated into the built environment. Designed by Watts Thermoelectric LLC, the TEG is essentially a novel assembly of thermoelectric modules whose required temperature differential is supplied by hot and cold streams of water flowing through the TEG. Per its recommended operating conditions, the TEG nominally generates 83 Watts of electrical power. In its default configuration in the built environment, solar-thermal energy serves as the TEG’s hot stream source and geothermal energy serves as its cold stream source. Two systems-level, thermodynamic analyses were performed, which were based on the TEG’s upcoming characterization testing, scheduled to occur later in 2011 in Detroit, Michigan. The first analysis considered the TEG coupled with a solar collector system. A numerical model of the coupled system was constructed in order to estimate the system’s annual energetic performance. It was determined numerically that over the course of a sample year, the solar collector system could deliver 39.73 megawatt-hours (MWh) of thermal energy to the TEG. The TEG converted that thermal energy into a net of 266.5 kilowatt-hours of electricity in that year. The second analysis focused on the TEG itself during operation with the purpose of providing a preliminary thermodynamic characterization of the TEG. Using experimental data, this analysis found the TEG’s operating efficiency to be 1.72%. Next, the annual emissions that would be avoided by implementing the zero-emission TEG were considered. The emission factor of Michigan’s electric grid, RFCM, was calculated to be 0.830 tons of carbon dioxide-equivalent (CO2e) per MWh, and with the TEG’s annual energy output, it was concluded that 0.221 tons CO2e would be avoided each year with the TEG. It is important to note that the TEG can be linearly scaled up by including additional modules. Thus, these benefits can be multiplied through the incorporation of more TEG units. Finally, the levelized cost of electricity (LCOE) of the TEG integrated into the built environment with the solar-thermal hot source and passive ground-based cold source was considered. The LCOE of the system was estimated to be approximately $8,404/MWh, which is substantially greater than current generation technologies. Note that this calculation was based on one particular configuration with a particular and narrow set of assumptions, and is not intended to be a general conclusion about TEG systems overall. It was concluded that while solar-thermal energy systems can sustain the TEG, they are capital-intensive and therefore not economically suitable for the TEG given the assumptions of this analysis. In the end, because of the large costs associated with the solar-thermal system, waste heat recovery is proposed as a potentially more cost-effective provider of the TEG’s hot stream source.