Too foul and dishonoring to be overlooked : newspaper responses to controversial English stars in the Northeastern United States, 1820-1870 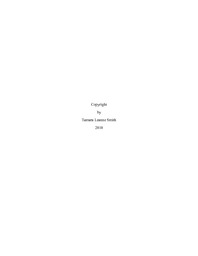 In the nineteenth century, theatre and newspapers were the dominant expressions of popular culture in the northeastern United States, and together formed a crucial discursive node in the ongoing negotiation of American national identity. Focusing on the five decades between 1820 and 1870, during which touring stars from Great Britain enjoyed their most lucrative years of popularity on United States stages, this dissertation examines three instances in which English performers entered into this nationalizing forum and became flashpoints for journalists seeking to define the nature and bounds of American citizenship and culture. In 1821, Edmund Kean’s refusal to perform in Boston caused a scandal that revealed a widespread fixation among social elites with delineating the ethnic and economic limits of citizenship in a republican nation. In 1849, an ongoing rivalry between the English tragedian William Charles Macready and his American competitor Edwin Forrest culminated in the deadly Astor Place riot. By configuring the actors as champions in a struggle between bourgeois authority and working-class populism, the New York press inserted these local events into international patterns of economic conflict and revolutionary violence. Nearly twenty years later, the arrival of the Lydia Thompson Burlesque Troupe in 1868 drew rhetoric that reflected the popular press’ growing preoccupation with gender, particularly the question of woman suffrage and the preservation of the United States’ international reputation as a powerfully masculine nation in the wake of the Civil War. Three distinct cultural currents pervade each of these case studies: the new nation’s anxieties about its former colonizer’s cultural influence, competing political and cultural ideologies within the United States, and the changing perspectives and agendas of the ascendant popular press. Exploring the points where these forces intersect, this dissertation aims to contribute to an understanding of how popular culture helped shape an emerging sense of American national identity. Ultimately, this dissertation argues that in the mid-nineteenth century northeastern United States, popular theatre, newspapers, and audiences all contributed to a single media formation in which controversial English performers became a rhetorical antipode against which “American” identity could be defined.