Preservation professionals : architects and the origins of architectural preservation in the United States, 1876-1926 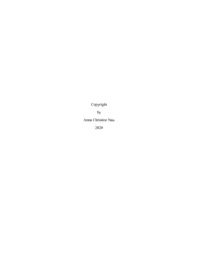 This dissertation re-examines the role of the architecture profession in the early development of historic preservation in the United States. Existing scholarship has defined the emergence of preservation in the US in the second half of the nineteenth century as an amateur, grass roots movement. Unlike their European counterparts, American architects have been understood as peripheral figures until the restoration of Colonial Williamsburg, beginning in 1926. While “amateur” preservationists inarguably led the early movement, this dissertation reveals that architects played a more significant role in defining, documenting, and treating historic buildings between the 1870s and 1920s than previously known. The rise of preservation as a field of inquiry and practice occurred alongside the modern professionalization of architecture. In the last quarter of the nineteenth century, a new popular and scholarly interest in Colonial and Federal era architecture emerged at the same time that American architects were debating the future of their profession. Beginning in the 1870s, they engaged with European preservation ideas and projects through professional architectural journals, which provided a framework to evaluate the value of preservation of their own country’s historic buildings. Three projects for significant civic buildings illustrate the ways in which the profession engaged in preservation leadership between the 1890s and early 1920s. First, the Boston Society of Architects’ mid-1890s campaign to save the “Bulfinch Front” of the Massachusetts State House in Boston. Second, McKim, Mead & White’s 1903 restoration of the White House in Washington, D.C. Third, the Philadelphia AIA’s work at the Independence Hall complex between 1898 and 1924. In each case, prominent architects, including Charles A. Cummings, Charles F. McKim, and Frank Miles Day, treated preservation as a way to distinguish their knowledge of historic buildings from non-professionals. Preservation became a tool for consolidating professional status. As buildings considered of national architectural significance, these projects provided an opportunity for architects to confidently assert expertise and authority. They were also part of a conscious attempt to place the country’s early architectural heritage within the established canon of Western architectural history. This dissertation provides a new perspective on the relationship between preservation and the professionalization of architecture in the late-nineteenth and early-twentieth centuries.