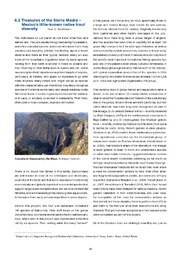 Few individuals on our planet do not know what trout and salmon are. They are usually recognised as highly palatable, and often colourful species, and most who know them likely visualize cold, beautiful, pristine, free flowing, alpine or forest streams and rivers as their typical habitats. Many will also know of the remarkable migrations taken by some species, moving from their birth locations in rivers to oceans and then returning to their birthplaces to spawn and die. Some may recognise their importance as prized targets of anglers, particularly fly fishers, who spare no expenses to go after these trophies. Many others who might not be so familiar with the characteristics just mentioned may likely recognise species of this family as the tasty, and usually relatively costly fish found frozen or on ice in grocery stores and fish markets, or in cans, or smoked, or served in restaurants. Their flesh, often pink or rosy-coloured, is prized worldwide. There is no doubt that fishes in this family (Salmonidae) are well known in most of the developed and developing countries of the world and that some have become extremely economically and globally important commercial species that support large-scale recreational as well as wild commercial fisheries, and are massively produced by global aquaculture. At the same time many are also imperilled to some degree. Before this project, the Red List database contained 140 species of Salmonids. Here we’ll focus on the genus Oncorhynchus, commonly known as the Pacific salmons and trout, which prior to this project was represented in the Red List by six species. Then, setting aside the many “salmon” of this genus, we’ll focus only on trout, specifically those of a large and diverse lineage, best known for one species, the famous rainbow trout (O. mykiss). Originally known only from California and other Pacific drainages of the U.S., rainbow trout have long been a prized target of anglers, and the species has been bred in captivity for at least 150 years. High demand for it for both sport fisheries, as well as wild and captive protein production, resulted in it now being established on every continent. It has become not only one of the world’s most important recreational fishing species, but also one of the planet’s most widely cultured vertebrates. It is effectively global agriculture’s “fish version” of the chicken, with global aquaculture production of the species in 2014 reaching 812,940 metric tonnes valued at nearly 4 billion US$ (U.N. Food and Agriculture Organization (FAO) n.d.) That rainbow trout of global fishery and aquaculture fame is known to be one of about 10 closely related subspecies of what is called the “coastal rainbow” branch of the evolutionary tree of the genus. Most of those are from California, but two native Mexican taxa have long been recognised as part of this lineage, O. m. nelsoni (Nelson’s trout – recently reviewed by (Ruiz Campos, 2017)) of the northernmost mountains of Baja California, and O. chrysogaster (the Mexican golden trout – recently covered by multiple contributors (Ruiz-Luna & Garcia De León, 2016). Recent genetic studies (AbadíaCardoso et al., 2015) confirm those relationships and reveal, from specimens collected by the bi-national group of researchers known as Truchas Mexicanas (Hendrickson et al., 2003), that Mexico’s share of the diversity in this lineage is much greater. At least 10 more, still undescribed species of native trout reside in remote, rugged and isolated corners of the Sierra Madre Occidental extending as far south as the high mountains between Mazatlán and Ciudad Durango. Truchas Mexicanas’ fieldwork left no doubt that most share a need for conservation actions to help their often small and fragmented populations persist, and some are critically imperilled (Camarena-Rosales et al., 2006; Hendrickson et al., 2007; Hendrickson & Tomelleri 2019). While their formal descriptions have been delayed for various reasons, recent genetic validation of their distinctiveness, and clear need for recognition of the need for conservation actions on their behalf, led those studying them to petition the IUCN to add them to the Red List while their descriptions are being finalized. That petition was accepted and their assessments were completed as part of this project.