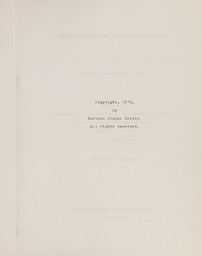 This study is an attempt to suggest new possibilities for the rhetorical critic. I began by condemning all past practices, a Descartian dubito, and ended with some feeling of admiration for existing methods. I began with unbounded enthusiasm for heuristic criticism, the panacea, and ended in exhausted puerperium, certain that the child was less than the savior of rhetorical criticism. Nonetheless, the child will, I hope, have a useful life. Having rejected a hundred dead-end roads, I now lay out a simple path: Chapter I offers a metacritical construct through which to view rhetorical criticism and establishes the analysis of a speech as delivered from the point of view of the audience as pragmatic criticism; Chapter II establishes the importance of pragmatic criticism when criticizing a speech as delivered and examines the methods that may be employed: the empirical and the subjective or heuristic; Chapter III examines the techniques employed by Norman Mailer as a heuristic critic; Chapter IV and Chapter V combine heuristic criticism and more traditional methods of criticism in an attempt to understand Archibald MacLeish as a public speaker; Chapter VI contains conclusions and suggestions for evaluating heuristic criticism.
The original printed dissertation lacked leaves 55 and 57, which were likewise not included in the electronic version.
The original printed dissertation included eight duplicated leaves which were not included in the access derivative of the electronic version.