Selling the African wilds : a history of the safari tourism industry in East Africa, 1900-1939 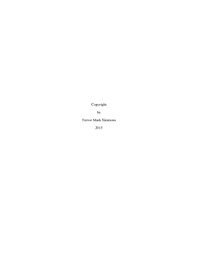 This dissertation examines the rise and development of the safari tourism industry in the British East Africa Protectorate (later Kenya) between 1900 and 1939. It shows how the establishment of British rule and the introduction of modern transportation technology made East Africa accessible and gradually transformed the region into a tourist attraction of great economic value that would come to be managed by imperial powers, advertised in a globalized marketplace, and visited by tourists who desired to hunt, photograph, and observe East Africa’s abundant wildlife on an adventure known as the “safari.” It became a lucrative business. Numerous outfitters, safari and travel companies, guides, and other safari workers entered the business and helped to make the industry a model of its kind in Africa. As the safari trade expanded and animal populations came under pressure, however, this industry began to adopt new, eco-friendly forms of wildlife tourism that could preserve the main elements of the tourist safari while reducing its toll on wildlife populations, a shift exemplified by the introduction of motorized tours, photographic and filmmaking safaris, and the quest to establish national parks. The research presented in this study, drawn from archival collections across three continents, demonstrates that the four decades between 1900 and 1939 became a crucial phase in the development of safari tourism in Kenya. During this time, safari tourism became a leading sector of the regional economy and gave rise to a highly developed commercial and institutional infrastructure that laid the foundations of modern wildlife tourism in Kenya. At the same time, the safari industry became a product of the British Empire, shaped by the laws, institutions, and attitudes of colonial rule. While the introduction of British rule and the arrival of British colonists promoted tourist development, built roads and railways, ensured a degree of security demanded by travelers, and linked foreign tourists with Africa, it also relegated indigenous Africans to subordinate positions in the industry, and forcibly relocated African settlements to make way for parks and tourist spaces. This meant that the prerogatives of the tourism industry often clashed with indigenous ideas of land use and economic management, instead serving the interests of the British community in Kenya who owned and controlled the trade. Thus, the development of safari tourism under the aegis of the British colonial state aided the material development of the industry, but also created economic, social, and racial inequalities that remain evident to the present day.