Re-think it 2018: Libraries for a New Age
JavaScript is disabled for your browser. Some features of this site may not work without it. 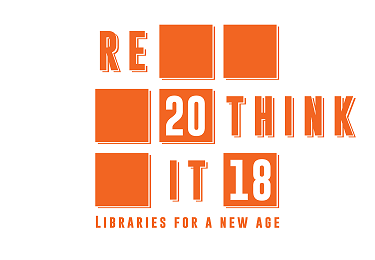 Re-think it: Libraries for a New Age is a national conference that brings together academic, public and K-12 librarians, administrators, technologists, architects, designers, furniture manufacturers, and educators. Participants gathered to collectively re-think the increasingly important role libraries play in the communities they serve. The conference was held January 8-10, 2018 at the University of Texas and other locations in Austin. In its second edition, Re-think it 2018 is co-hosted by The UT Libraries, the Austin Public Library, the Austin Community College Library Services, and seven additional local library partners.