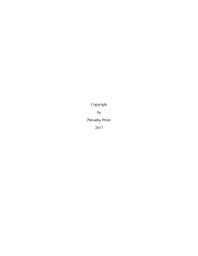 Over the years, a number of missions have detected signs of water and other volatiles in cold, permanently shadowed regions near the lunar poles, where temperatures are sufficiently low that volatile ices can remain stable over geological timescales. Several observations suggest that comet impacts may have played a role in delivering these cold-trapped volatiles. In this work, I use Direct Simulation Monte Carlo (DSMC) simulations to investigate the transport and sequestration of water in the aftermath of a lunar comet impact, focusing on developing a broad understanding of the physical processes that govern the fate of impact-delivered volatiles (particularly water), in order to better interpret remote sensing data. The sheer amount of vapor generated by a volatile-rich impact can transform the Moon’s tenuous, surface-bound exosphere into a collisional, transient atmosphere with characteristic gas dynamic features that influence the redistribution of impact-delivered volatiles. Notably, the simulations indicate that reconvergence of vapor antipodal to the point of impact may result in preferential redistribution of water in the vicinity of the antipode; in some circumstances, water may be distributed non-uniformly between different cold traps. It is also found that atmospheric self-shielding from photodestruction significantly increases the amount of water that reaches the shelter of cold traps. Volatile transport in an impact-generated atmosphere is also influenced by gas phase interactions with solar radiation and the lunar surface. The Moon has a distinctive surface thermal environment, characterized by large gradients in temperature over very small scales. In this work, I develop a stochastic rough surface temperature model that is then coupled to volatile transport simulations. It is found that surface roughness reduces the mobility of water at high latitudes, while also increasing the concentration of atmospheric/exospheric water molecules around the poles. I also implement a coupled DSMC-photon Monte Carlo method to model radiative heat transfer in the evolving, three-dimensional, rarefied atmosphere. The trapping of radiation within the optically thick gas slows the rate of cooling of the expanding vapor cloud, and also affects near-field atmospheric structure and winds. Ultimately, the fate of impact-delivered water is determined by the interplay between these factors.