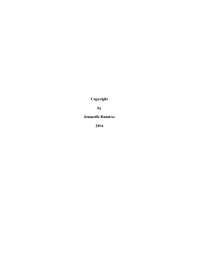 This study focuses on “Latin Alternative” music in the United States, specifically in New York City, from 2000-2016. An indefinable genre, Latin Alternative challenges existing parameters of Latin music and Latinidad. Reviewing demographic data, performance videos, websites, periodicals, blogs, and notes from concerts and conference events, I construct a picture of the unique qualities of this scene. The data show that musicians, audiences, and other sociomusical agents1 in the scene are invested in “mixing” sounds, as if axiomatically symbolic of their identities. The scene rests on discourses of pan-Latinidad, alternativism, solidarity with other Latinxs and the active inclusion of marginalized groups like Afro-Latinxs and LGBTQ Latinxs. In this context, “Latin music” may be punk, hip-hop, electronica, or any combination of sounds. Building on the work of scholars in ethnomusicology and Latinx studies, I consider several existing theories and their utility. I argue that this scene challenges established ideas about transnational ways of being, calling into question the notion of diaspora and relevance of national origins. The agents in the scene express allegiance to alternativism, futurism, and utopian possibility, pan-Latinidad, and work toward a more inclusive imagined community of Latinxs. Thus, Latin Alternative music calls for new paradigms and modes of analysis.