Race for a Cure
JavaScript is disabled for your browser. Some features of this site may not work without it.

Race for a Cure 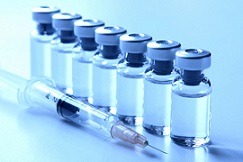 Polio was the most feared disease of the middle part of the 20th century. Every child everywhere was at risk of catching this horrific disease that had no prevention or cure. Thousands of children died and thousands more were paralyzed. The March of Dimes campaign had a tremendous impact on public awareness and created the largest research and rehabilitation network in the history of medicine. Polio vaccinations have transformed this nightmare into one of the greatest public health successes in American history. Dr. David Oshinsky, author of the 2006 Pulitzer Prize winning book Polio: An American Story, will tell the enthralling story of America’s battle with polio, the terror it caused, and the intense effort to find a cure. Dr. Oshinsky’s book examines the 1950s polio scare, recounts famous tales from the war on polio, and reveals some of the fascinating forgotten stories. Many researchers were involved in the great race for the cure. This lecture will address the essential role played by forgotten female polio researchers, the bitter battle between Jonas Salk and Albert Sabin in the competition to discover a polio vaccine, and the benefits and drawbacks of live and killed viruses. In 1954, Salk’s killed virus vaccine was administered to more than a million children in the largest public health experiment in American history. Although this was considered the breakthrough that would end polio, Sabin’s live virus vaccine quickly became preferred and is still in use today. These vaccines and their implementation and use caused much controversy and revolutionized government responsibility for the testing and licensing of vaccines. Today, thanks to vaccinations and education of the public about the need to vaccinate, polio is a disease that can potentially be wiped off the face of the earth