Texas Policy Evaluation Project (TxPEP)
JavaScript is disabled for your browser. Some features of this site may not work without it. 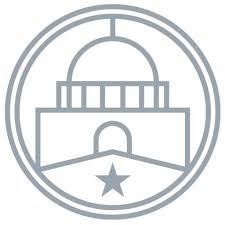 The Texas Policy Evaluation Project, or TxPEP, began in the fall of 2011 with the purpose of documenting and evaluating the impact of reproductive health legislation passed by the 82nd Texas Legislature. Those measures included large cuts to state family planning funding programs in the 2012-2013 budget as well as changes in the eligibility of organizations to participate in those programs, and HB 15, a law requiring that women undergo a mandatory sonogram at least 24 hours before an abortion. Our evaluation work continued after the 83rd legislative session in 2013, when the legislature added funding streams for family planning to the 2014-15 budget and passed HB 2, an omnibus bill restricting abortion care that was introduced in a special legislative session in summer 2013. HB 2 placed limits on medication abortion, banned abortion ≥20 weeks “post-fertilization,” and required abortion providers to have hospital admitting privileges and abortion facilities to meet the standards of ambulatory surgical centers (ASCs). In June 2016, the US Supreme Court struck down the admitting privileges and ASC requirements in HB 2, citing TxPEP research findings in its ruling. Our current research agenda includes studying the impact of the Supreme Court decision on abortion access in Texas, the effects of HB 3994 in restricting judicial bypass for teens seeking abortion care without parental consent, as well as the impact of the new and reorganized state family planning programs and the Medicaid rule change permitting reimbursement for immediate postpartum provision of long-acting reversible contraception. The project team includes researchers at the University of Texas Population Research Center, the University of California San Francisco, Ibis Reproductive Health, and the University of Alabama-Birmingham. Our mission is to conduct methodologically principled research assessing the impact of reproductive health policies and programs in the state of Texas and to communicate the results to a broad audience through peer-reviewed scientific publications, research briefs, and other materials.

Sub-communities within this community