The History and Future of Whales
JavaScript is disabled for your browser. Some features of this site may not work without it.

The History and Future of Whales 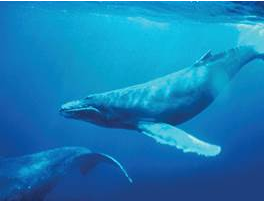 Scientists use new technologies to reveal untold mysteries about whales and provide information on whale history that may be crucial to their survival in the future. Dr. Stephen Palumbi, a renowned marine biologist and professor at Stanford, will discuss how he uses genetic techniques to estimate historic whale populations and how his findings play an important role in decisions of the International Whaling Commission (IWC). He recently published in the journal Science that DNA evidence indicates that before commercial whaling began, whale populations were 10 times larger than scientists previously believed. The IWC guidelines state that there can be no whaling until populations have returned to at least 54% of their historic levels, but their estimates are based on unreliable whaling records kept by ships and dating back to the mid 19th century. According to these previous estimates, many whale populations have nearly recovered to the required 54% of their historic levels, but the new genetic analysis suggests it will take at least another 50 -100 years.