Global Warming: Impacts on Wildlife and Society
JavaScript is disabled for your browser. Some features of this site may not work without it. 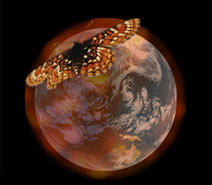 Dr. Camille Parmesan will talk about global warming and its effects on animals and people. All life on earth is adapted to living in areas with a particular climate. Over the past century the actions of human civilization have caused changes in global climate. Dr. Parmesan was one of the first scientists to detect biological changes in response to the recent warming of the earth's atmosphere. She will talk about her work with Edith's Checkerspot Butterfly on the U.S. west coast as well as other documented examples of the effects of global warming from around the world.