Abra Pampa
JavaScript is disabled for your browser. Some features of this site may not work without it. 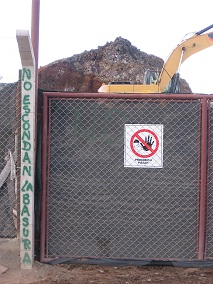 Metal Huasi, a foundry/smelter company, operated in the town of Abra Pampa, Jujuy, in Northern Argentina, from the 1950s until 1986. There were three areas within the town where the smelting plant’s waste was deposited. Because of that, there are high levels of contamination and lead in the blood of Abra Pampa’s residents, particularly the children. There was a series of government efforts to clean up the disposal sites but government action has yet to include plans for addressing the health needs of the community. The Human Rights Clinic produced two reports on the human rights violations. The reports were widely distributed and received widespread attention, triggering interventions by the Special Rapporteur on the situation of human rights and fundamental freedoms of indigenous people, James Anaya, and the Inter-American Commission on Human Rights, among other responses. This is an ongoing project of the Human Rights Clinic at the University of Texas School of Law.